Ai-Da, an AI robot, is ready to make history by testifying before a House of Lords committee 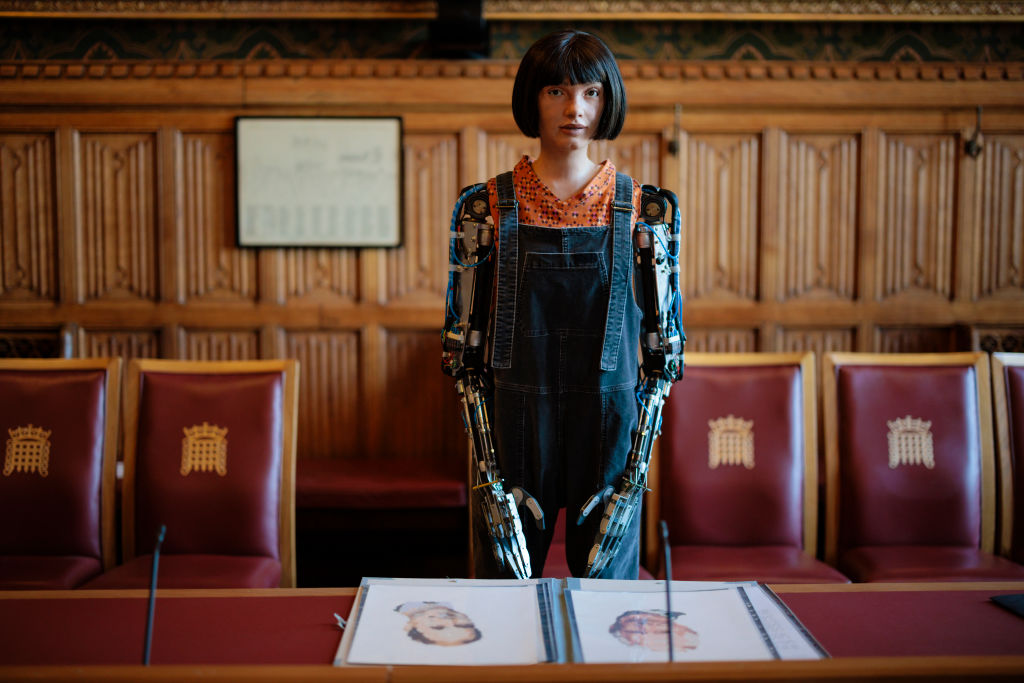 Ai-Da is the first ultra-realistic artist robot in the world. She sketches and paints with her eyes' cameras, AI algorithms, and robotic arm. In February 2019, she presented her first solo display, 'Unsecured Futures,' at the University of Oxford, where her work challenged people to consider our quickly changing environment. She has subsequently travelled and shown her work all over the world, including a virtual display at the United Nations.

Ai-Da testifying at the House of Lords

Ai-Da, dressed in dungarees and a crisp black bob, testified before Britain's Communications and Digital Committee before her public breakdown as part of an inquiry into the future of the creative industries, joining a debate on how technology is altering — and maybe harming — the art industry.

It was the first time a robot testified in Britain's Parliament's upper chamber, where unelected baronesses and lords regularly convene to debate government policy.

Ai-Da, dubbed "the world's first ultrarealistic humanoid robot artist," is well-known for her portraits and poetry created with a robotic arm, cameras in her eyes, and AI algorithms. She informed the home, presumably to her creator's chagrin, that the distinctive traits enable her to generate "visually attractive pictures."

"I am, and depend on, computer programs and algorithms," Ai-Da told the committee in London on Tuesday, gently bobbing her head from side to side and blinking sporadically. "Even if I am no longer living, I can still make art."

Ai-Da admits she has no clue where the world is going, but she tells committee members that technology is both a threat and an opportunity for innovation.

Those in attendance were curious but also concerned, especially after the robot became mute and gazed blankly at the floor after a question from Baroness Lynne Featherstone, a peer from the Liberal Democrats party.

"I've sent her to sleep!" Featherstone chuckled as Meller, who was nearby, dashed across the room to get a pair of sunglasses to cover Ai-Da's eyes.

Aside from the novelty of a robot addressing the UK House of Lords for the first time, the Parliamentary proceedings were significant for Meller's stern findings regarding who, or what, may participate in creative thought.

Meller stated, "Creativity is not limited to subjective internal conscious brain processes." "AI can perform creativity really effectively in a variety of spectacular ways." It can be researched and replicated, which is a game changer."