A new global programme backed by Hillary Rodham Clinton promises to address the paucity of support for diverse tech startups. 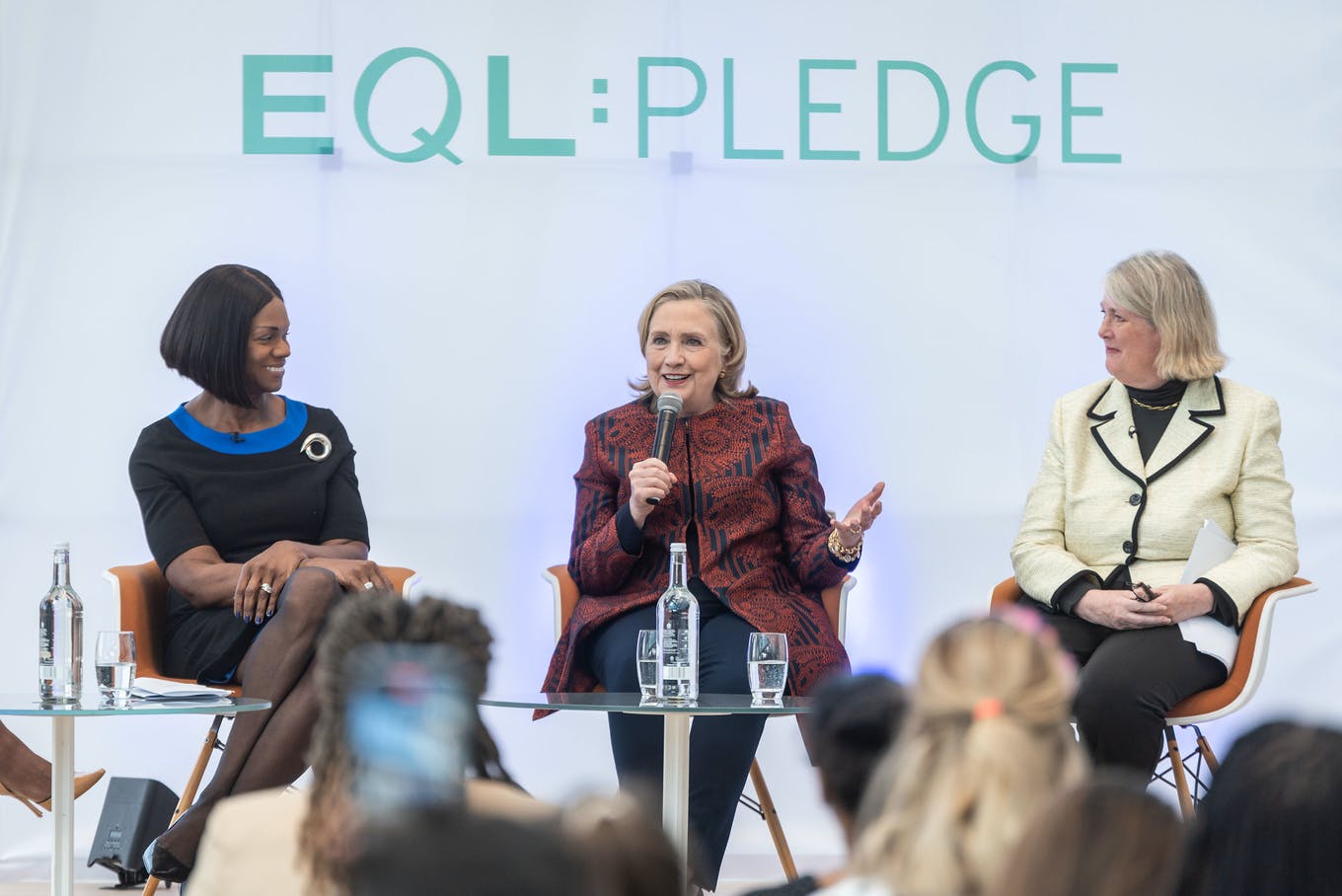 The EQL:Pledge, which was announced today as part of London Tech Week, calls for investors to commit some amount, or percentage, of investment to entrepreneurs from a variety of backgrounds, including women, people of colour, and the LGBTQIA+ community.

The former first lady appeared on today’s panel called "a pledge for change" at London Tech Week, which was organised by EQL:HER, a network of female visionaries in the tech world, and focused on a pledge initiative by EQL:HER.

While promising support is vital, Clinton explained that "it has to be quantified because it won't count unless you can demonstrate that it's actually occurring."

"You don't want someone to sign the commitment and then not modify their behaviour," she continued. You're attempting to motivate a change in behaviour...

"The EQL:Pledge's is that this is good for everyone." If we can only get a critical mass of people to sign up and then start acting on it, you could have a conference next year where people genuinely talk about what the pledge meant to them, how it transformed their business, how it altered their view...

"And that's exactly what you want because those stories... are ultimately what will change those bad messages that we have."

She went on to say that these negative messages could be cultural biases that arise from a lack of collaboration among people from other backgrounds.

Dame Vivian Hunt, a senior partner at management consulting firm McKinsey & Company; Anne Glover, co-founder of technology investor Amadeus; and June Sarpong, head of creative diversity at the BBC, were on the panel with Hilary Clinton.

The pledge asks investors to commit a portion of their funds to businesses started by underrepresented entrepreneurs, with members of the pledge team connecting the entrepreneurs with the investors.

Ms. Glover remarked on the importance of the pledge, emphasising that minority communities have a "huge talent gap."

“One of the things we can all do is encourage the underrepresented groups to go study the fields and the industries of the future…" she said.

"If we can encourage underrepresented minorities into those fields, then I think we’re doing everyone a service."

In collaboration with Pitch, EQL:HER has launched a new worldwide programme called EQL:Pledge. EQL:Pledge was created to assist founders from underrepresented backgrounds in entrepreneurship in obtaining capital to expand their businesses. It puts pitch decks in front of investors who founders might not otherwise have access to.

The following factors are used to designate underrepresented backgrounds in this initiative:

How can you get involved?

EQL:Pledge brings together investors and creators who are committed to rebalancing the scales and boosting their profits by investing in firms with diverse leadership. It accomplishes this by:

To get involved or to learn more about the EQL:Pledge, click here to go to their page on the London Tech Week website.