There has been a lot of talk and actions taken in time to recover all artwork looted from Nigeria during the colonial era, but all attempts to return them have failed. Now it is no longer talks and wishes, but something a 34 years old Nigerian man going by the name Chidi who refused to give his last name; is hoping to achieve. 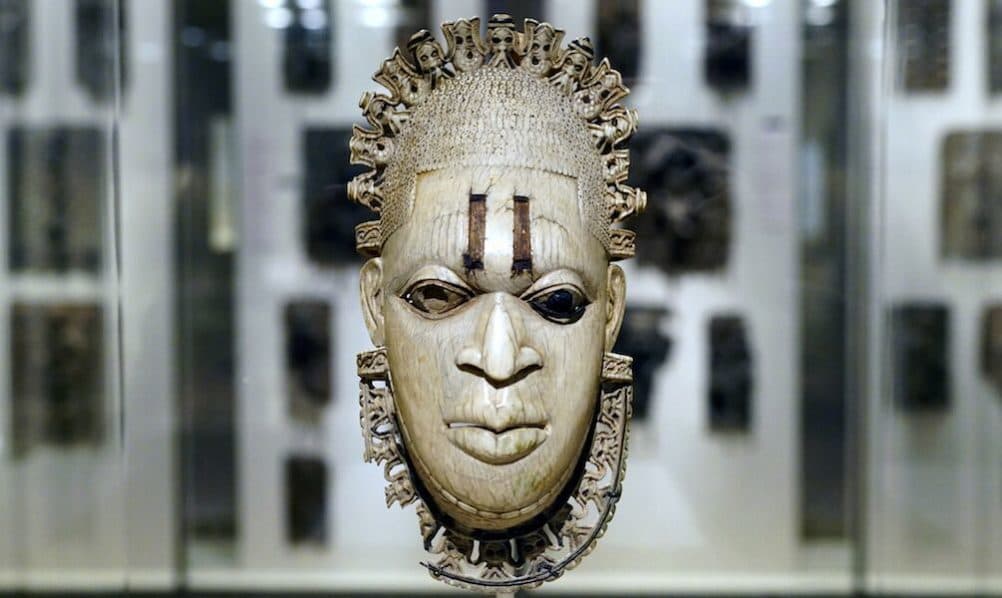 Speaking to BBC, he said, "This is the first digital repatriation of stolen artwork. I had this idea: Why don't we take back the physical works of art into the digital world?"
He plans to take these artworks back home digitally. Chidi is a creative designer and the founder of Looty, the Looty team wants to repatriate these artworks digitally. He and his team of 2 Nigerians and 1 Somali, whom he refers to as 'looters', have visited museums where these artists are exhibited in the UK and France to recover them digitally, which will give people the opportunity to see and own these arts digitally.
The 'looters' are working on returning stolen art pieces using high-grade devices to capture the art pieces digitally to their new home in the metaverse. Each member of the Looty team specializes in NFT technology or editing and 3D designs. The Looty team have created about 25 pieces of this art; which includes the Benin bronzes originally from the Benin kingdom in Nigeria.
Chidi said 'Looty' came to him as an idea when the conversation around NFTs started growing. "We were talking about provenance and ownership of the pieces. What if I was able to take them back and turn them into NFTs?" he said.
The first mission for Looty is to reclaim stolen artwork and connect them back to local museums or their place of origin; whom he referred to as "the original owners of these pieces". The second mission is to help artists across Africa, who he believes have had the inspirational opportunities stolen from them by looters. "If you live in maybe Benin and you want to be inspired by the artwork that comes from your ethnic group, first you need to apply for a visa, then buy the ticket for a plane, get to England and book hotels. You then go and view the artwork. There are not many people who are going to be able to do that," Chidi said.
The mission of Looty is to "empower the future generation of artists from the continent of Africa. Looty will release NFTs in editions of 25 unique 1 of 1 designs. The sale of each additional NFT will pay royalties of 20% to the Looty Fund. Giving out grants to the young artists from the continent of Africa. Looty will be the first NFT project that will transform ancient looted art into digital tokens."
Looty's website is being launched today and the first of the Looty series titled "SA 'EY' AMA" will be displayed. Chidi hopes that not only will the digital display of looted artwork inspire African artists but also provide a platform to make funds available to support local artists and their crafts. While he hopes that the ongoing activism movement to return the looted artworks will one day be successful; he continues to make do and dream to live the alternative which is the digitalized acquisition of these artworks.
"I want to build our own metaverse where these pieces will live and can live. The token is basically a digital contract. On purchase of any pieces of artwork on Looty, 20% of that will go to the Looty Fund. From that fund, we are going to start giving grants to artists from the continent. We will donate money and equipment for artists to use," he said. Non-Fungible Tokens of all artwork on the Looty website will only be available for purchase with cryptocurrencies.
Art