Gamers, why not switch up your controllers for your gaming experience this summer with PowerA’s new pastel controllers. Colourful, adorable, and affordable even though it still has a Micro USB port. 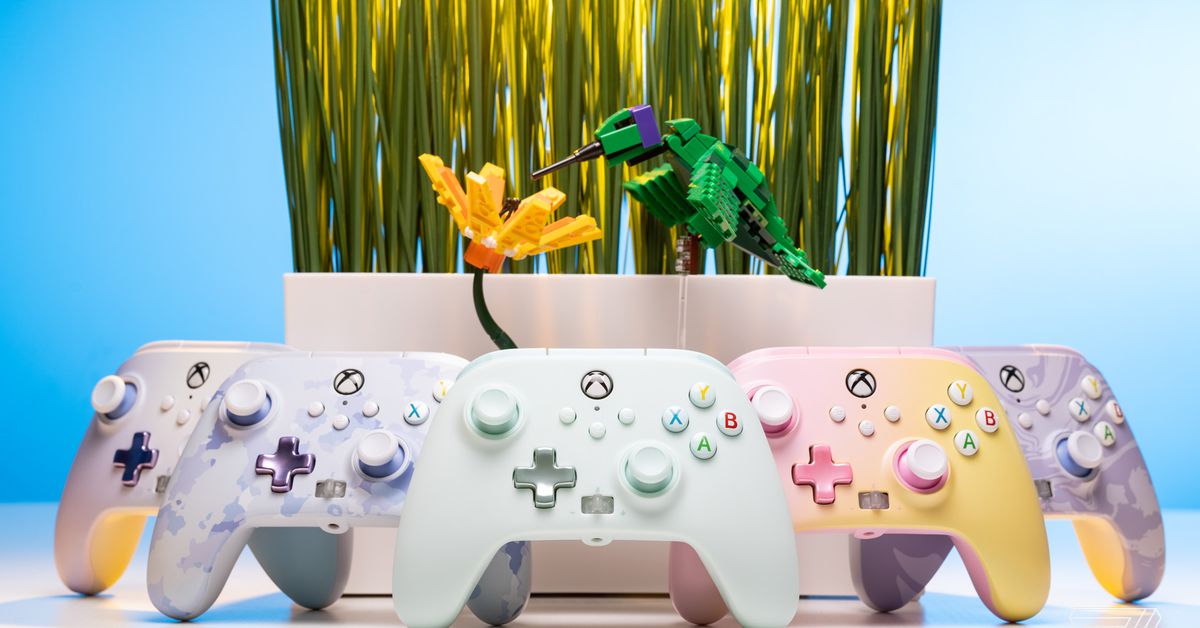 For years, Xbox's game has been on point when it comes to colourful controller designs. Microsoft has produced several creative variations of its controllers since the Xbox One generation, including limited editions and the Xbox Design Lab, and this momentum hasn't ceased with the Xbox Series X / S consoles. Meanwhile, the third-party Xbox controller market is bigger than ever, and companies like PowerA are bringing new hues to the market at low rates, like the recently introduced pastel variety of the $37.99 PowerA Enhanced Wired Controller for Xbox and PC.

Purple camo, lavender swirl, pink lemonade, pastel dream, and cotton candy blue are among the new pastel colours for the Enhanced Wired line that were announced in March as a spring collection. With its elegant yellow-to-pink gradient, pink lemonade appeared to be the apparent winner at first, but now that I've seen and handled all five colours in person, cotton candy blue is the clear victor. It's a striking yet gentle monochromatic colour on this controller that's a bit more seafoam blueish-greenish than its name suggests.

However, each of the five pastel designs has its own distinct personality, thanks to the different usage of gradients, mottled patterns, and/or two-tone contrast on the front and back. Sure, these controllers still have antiquated Micro USB connections, but I'll give PowerA credit for including a white detachable cable with each one to better match the light and airy design.

It'd be fantastic to see a whole new version of the Enhanced Wired Controller that finally supports USB-C and perhaps even adds a few more rear customisable buttons without adding too much clutter. But, flaws aside, there's a lot to like about these vibrant new hues' appearance. The Enhanced Wired Controller is our top pick for the best budget Xbox controller, thanks to its low price and ability to deliver all of the vital features of a wired controller. These new colours don't go so far as to improve a good thing because they're functionally the same, but they're fresh enough to make them feel improved.

Many merchants already carry these cool new colours, and it won't be surprising if they start experiencing reductions and bargains of their own, much like the rest of PowerA's collection. They're a welcome breath of fresh air in the budget-tier gaming world, and they're a perfect complement to new local multiplayer games like Teenage Mutant Ninja Turtles: Shredder's Revenge (a good reason to need extra affordable controllers, as it supports up to six players on Xbox and PC).